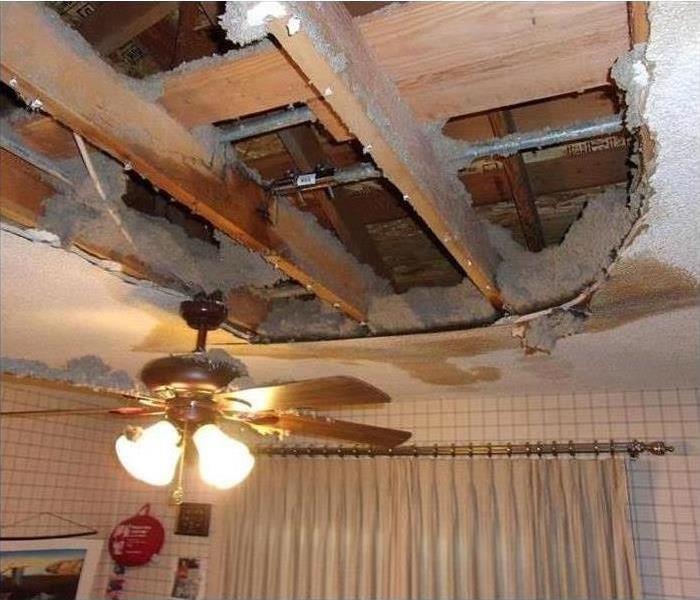 We at SERVPRO of Arleta/Hansen Hills were called out to a home that had a pipe in the ceiling that caused the ceiling to collapse and cave in.

Our highly skilled and trained technicians from SERVPRO of Arleta/Hansen Hills team came to the rescue and cleaned up all of the wet ceiling and insulation in the house. We had also remove the carpeting and the mattress that was affected by the wet insulation that had fallen on them.

We were able to dry out the structure in four days and help the insured get his bedroom back in order.