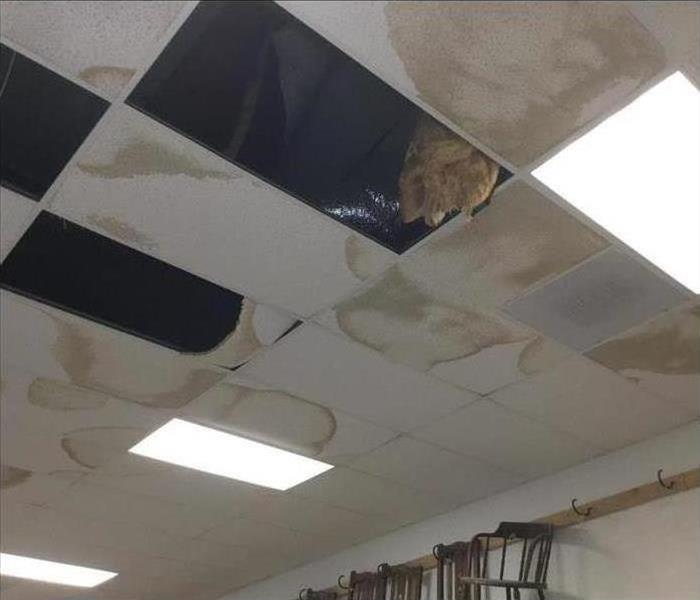 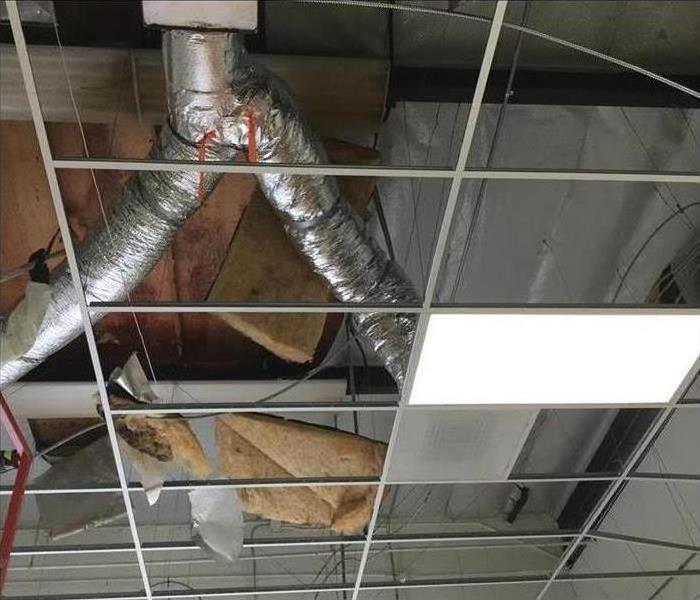 This commercial building was hit hard during unusual rains that hit Southern California recently. Areas that were highly affected were Arleta, Hansen Hills, Panorama City, and North Hollywood to name a few.  It seemed as if every time the professional roofer was finished, another leak would happen which was causing more damage. SERVPRO of Arleta/Hansen Hills was onsite during all the leaks from the beginning and helped the tenants move their items out of the way from causing water damage. The ceiling removed covered six units and all of the affected space had to be removed. You can see in the before photos the water damage in the panels could have easily led to mold growth if not handled promptly. The after photos show all of the panels removed.